Why You Should Know the Rule of Thirds for Better Photos

Photography is not just about having the latest or most expensive camera equipment. Good photography is all about technical skills and consistent practice. A well-known photographic composition that could make or break a photo (and the foremost concept that you will learn) is the rule of thirds.

What is the Rule of Thirds in Photography?

Shawn Ingersoll, a photographer and designer, stated that the Rule of Thirds is more of a guideline or a practice. For beginners, it is a rule of thumb and probably the most fundamental thing you will learn as a beginner.

As essential as it is, it can also be utilized in all types of photography to deliver photos that are well balanced and engaging to the viewers. Photographers usually practice this ability to produce more compelling compositions.

It’s merely dividing your image into nine equal sections – it’s three horizontal lines and three vertical lines wherein you want your subject to be placed (either left or right) that would result pleasing to the eyes. Within the grid, there is a point of interest that we will tackle later.

The corners of the central square make a focal point, all you have to do is take a balanced photo by avoiding placing the subject inside the box. The key to a perfect picture is to set the subject either at the top, bottom, left, or right portion of the grid.

The Rule of Thirds is an invention that dates back to the 18th century. It suggested that the naked eye surprisingly gravitates at the four focal points and is said to be the perfect position to set the subject.

Imagine a tic-tac-toe in your viewfinder, and there you go, that is how the rule of thirds is visualized. The composition has something more as this was applied by the visual artists for a long time until today. Curious theorists, artists, and bloggers are looking for an answer to comprehend how the naked eye is so pleased with this rule.

John Thomas Smith was the first to write about the Rule of Thirds. Smith was an 18th-century painter, engraver, and writer. He was known as Antiquity Smith. 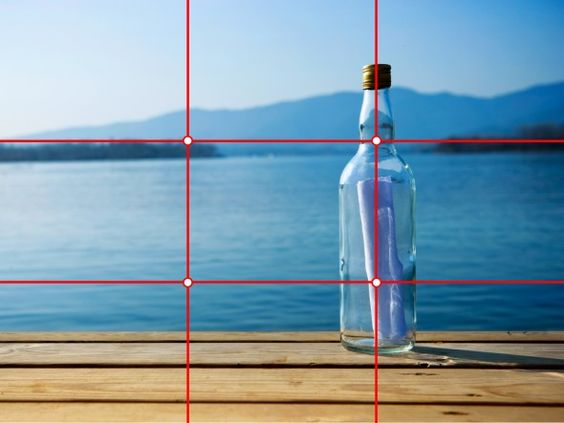 The best way to start is to align the skyline with one of the three horizontal lines, and that, of course, the bottom would be the best if you have skyline and fields shot. However, it does not necessarily align with the horizontal line.

If you have other elements in the image, focus them near at least one of the focal points of the thirds. Utilizing the rule of thirds will support you best when framing the shot. Using the rule of thirds on portraits can make or break you. One of the tips for seizing that great portrait is positioning the body with one of the vertical lines. Another great trick is if the subject is looking or facing to the left (supposedly that is your right), position them at the left vertical line on the grid. It also works in the opposite way – if the subject is facing the opposite side.

If there are times that you have a dead center of your subject in your portrait, take the snap with the body inclining out (whichever side) to provide more visual interest.

There will be times when there’s no need to use the Rule of Thirds because not all situations need the application of this rule. For instance, a bird in the center of the grid; however, it is looking down the lens. The usage of the Rule of Thirds still depends on a case to case basis. 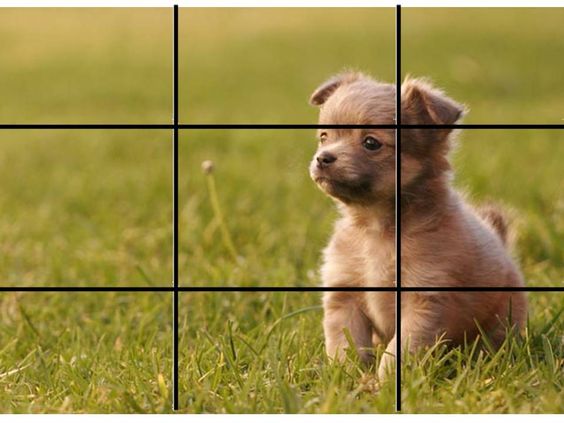 How to Break the Rule of Thirds

Of course, there are still rules that are made to be broken. As stated above, there will be times and situations wherein the Rule of Thirds is ineffective; thus, you will still need to learn how to do it.

Disengaging with the guidelines can make the photo more eye-catching, engaging, and dynamic. You may experiment with the compositions as well. Here are a few samples where pros ignored the rules.

According to expert photographers, not all parts of the photo are occupied (or whenever the subject is foremost in the frame) – for instance, portraits of people that are perfectly centered.

Fall Back Your Subject

Another professional photographer proposed that if you would like your subject to cover a small part of the photo, make sure to place them at the dead center of the image.

Another expert photographer emphasized that it’s fine to form a character Z shape on an image because it is how people read. It’s how you follow from left to right, down and back to the top – which makes sense.

Don’t Fret About Taking Much Snap

In every shot don’t be afraid to choose different portions when breaking the rule. Shoot your subject dead center, uppermost left, or maybe uppermost right? Having more options later is practical even if you think your first shot is great.

Breaking the rule makes your frame interesting even if you lack content. However, it’s better to study the value of the Rule of Thirds before breaking it. 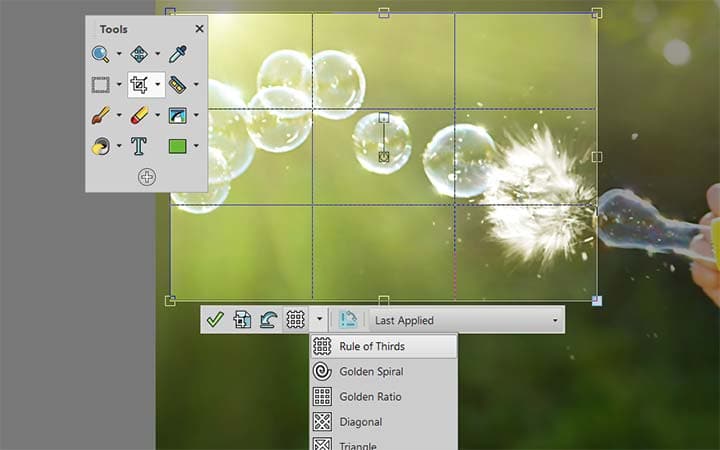 Using Rule of Thirds with an Editing Software

The Rule of Thirds serves as a guideline to improve your compositions and assist you in placing your vital elements (along the lines or focal points). If you are using PaintShop Pro, Lightroom, and Adobe Photoshop, the Rule of Thirds is automatically outlined in the cropping space.

Cropping the image can eliminate unnecessary elements that would cause the audience to focus on your component.

If you are using PaintShop Pro, here’s how to do it:

Below the View menu, ensure that you have examined Rulers and Guides so that they are viewable in your workspace.
Afterward, directly pull down and place two horizontal guides from the top ruler and two vertical guides from the left ruler.
Position the grid approximately by eye and assess their precise point depending on the size of your photo.

Software tend to have built-in crop pattern overlays that include a Rule of Third option. It allows you to crop the image as you like the want to display spot on. 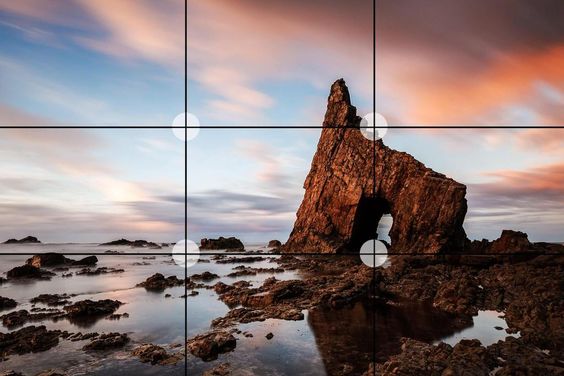 Rule of Thirds Pictures of Landscapes or Horizon

Visualize a landscape with fields and skyline while the grid is displayed; it is best to set the horizon at the second horizontal mark indicating the two focal points below in the green. The two focal points above are pointed at the skyline, which will make the composition fascinating and pleasing to the eyes.

Rule of Thirds Pictures of People

Imagine a man speaking with a microphone and facing right (that is your left). The body of the man is better placed on the right vertical line, and the upper focus point should be near the man’s eye as your main subject, aligning where he is facing. How to Improve Your Composition Using the Rule of Thirds

There are various ways on how to improve one’s composition when applying the Rule of Thirds.

The opposite to filling the frame, have your subject placed on the left side of the photo with the other side empty. This is commonly known as negative space. This composition is minimalist, promotes focus on the subject, and prevents distraction. To create the most dynamic photo using negative space, make sure to place your subject on one of the focus points of the Rule of Thirds.

If your photo has other elements but you want to maintain the highlight on your main subject, place the subject matter off-center on one of the grid lines or intersections. Using the Rule of Thirds and off-center feel pleasing to the eyes.

It may be hard to compose abstract images; however, the Rule of Thirds will help make it an easier process. For instance, to create a basic euphonic abstract composition, set the element between the two edges of the vertical or horizontal line.

It’s vital to learn how to composition your image well, follow the rule of the thirds, and deliver exceptional results. Therefore, you must recognize the value and use of the grid and focus points until you’re habitually using it without noticing.

9 Tips for Getting Beautiful Photos from Your Road Trips

8 Ways to Improve the Composition of Your Landscape Photos