The Best Places to Photograph in the Republic of Ireland

The Republic of Ireland takes up the majority of the island bearing the same name, with the very tip (Northern Ireland) belonging to the UK. This is a fantastic country to visit if you want to capture wild and dramatic landscapes, infused with romance as well as history.

These are the top places you just have to photograph if you get the chance – along with why they make our top list. 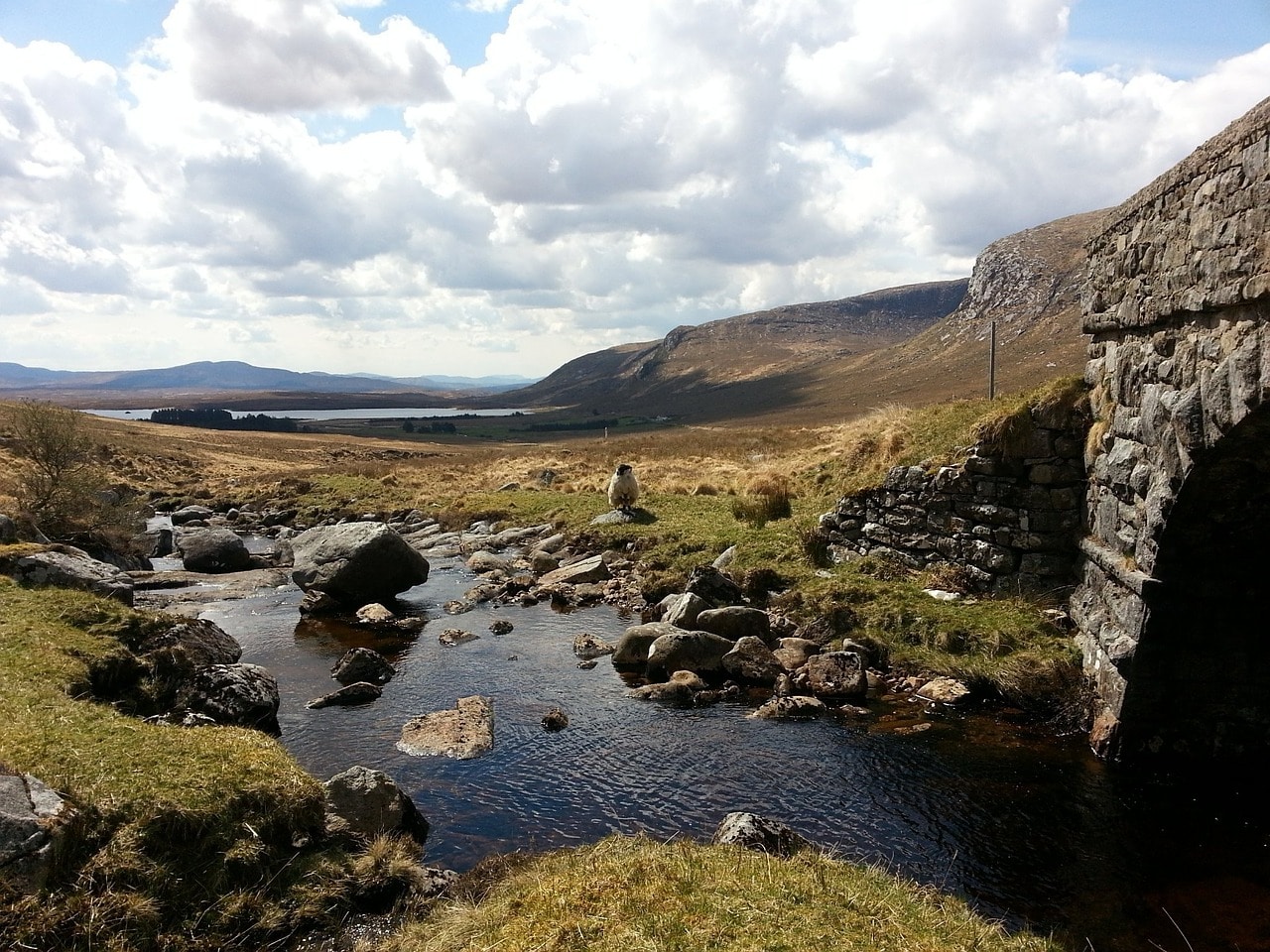 Image by fraubine from Pixabay

This place is often described as being ‘Ireland in Miniature’ because it has all of the components you can expect to find elsewhere in archetypal Irish landscapes. It has mountains alongside sandy beaches, sea arches over rocky beaches that seem to have spent an aeon withstanding the elements, waterfalls, and loughs.

Donegal is known for weather patterns that aren’t always pleasant, but don’t let that stop you from visiting. Where else would you go to capture wild waves swelling against the rocky shore of a lighthouse’s land, with a storm gathering in the blackened sky? Or a dramatic peak like Mount Errigal, the tallest peak in the area which is perfect for hiking? It’s great practice to capture shots as you approach, with so many different angles and backdrops from far away to close up.

You might also want to consider visiting locations such as Malin Head, which is the most northern point of Ireland, Bunbeg, and Horn Head. Don’t miss the Crohy Sea Arch or the cliffs at Slieve League, all of which are worth spending time to set up some gorgeous shots. 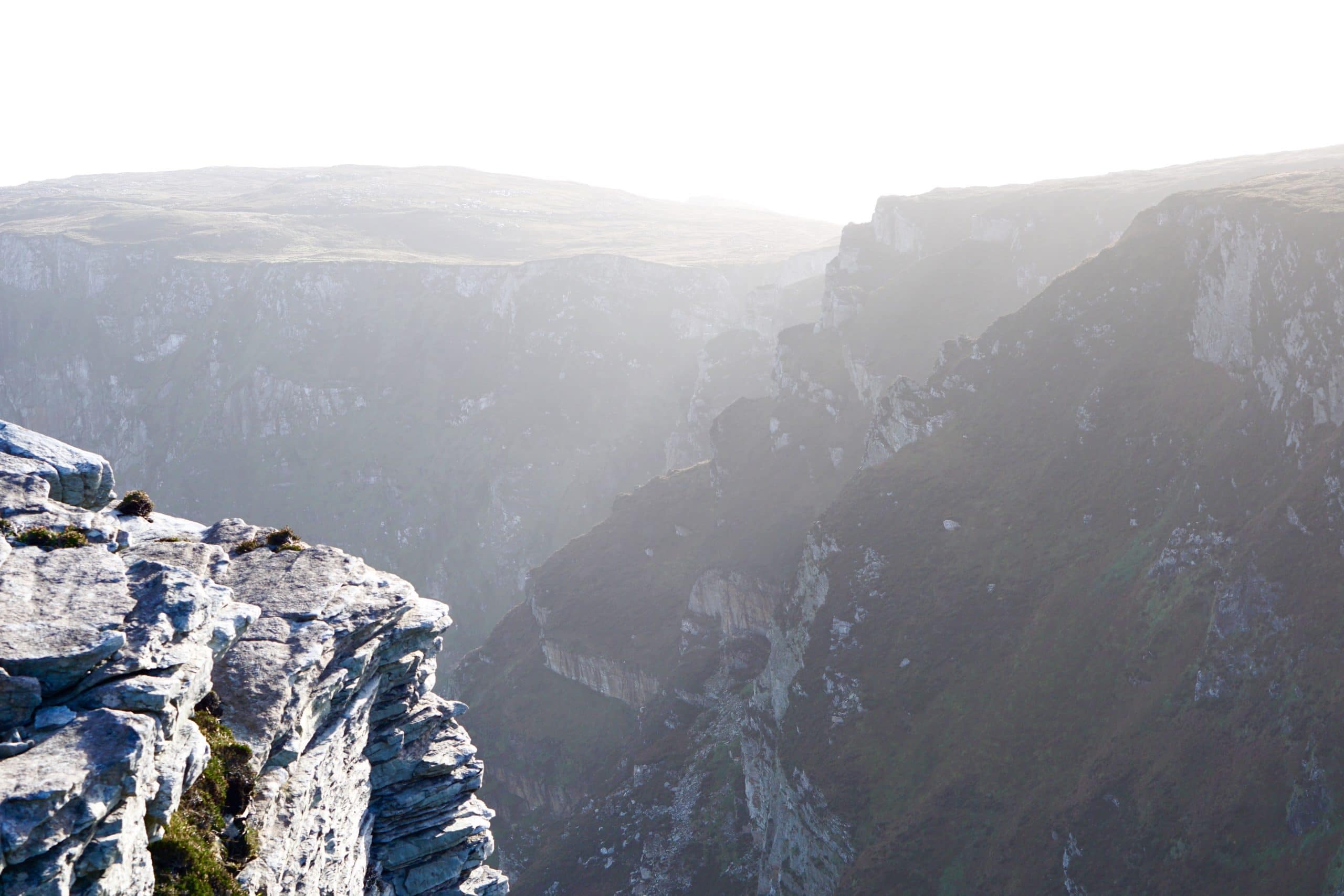 Over at the other end of the island, you’ll find Kerry, which is well-known for some beautiful sights. The Ring of Kerry is famous for its splendour, with the Killarney Lakes meeting the Macgillykuddy Reeks. You’ll find Killarney National Park with the country’s only wild herd of red deer, and lush meadows next to glacial lakes. Enough has been written about these areas to fill a thousand guide books already, but what about something a little less obvious in Kerry?

Off the coast is Skellig Michael, but maybe we’re not quite going off the beaten track enough here. After all, the craggy and windswept island is a popular tourist spot, with boat trips leaving daily to assess the cliff tops at over 750 feet and the beehive-shaped stone huts belonging to sixth century monks.

The Dingle peninsula is a great spot for the better-travelled visitor. It features truly stunning scenery – the kind that will make you believe in ancient Celtic myths about fairies and goddesses. Sea cliffs drop down to golden beaches where roads curve through to take you there, and while the surf can be fierce, it is this which has created the landscape you now see before you. Go to Dunmore Head for a view you won’t forget in a hurry.

If you want a tip for a beach, try Coomeenoole Beach. It’s not popular with swimmers because the currents are too strong for safety, but that means you’ve got a better chance of having the place to yourself. And if that doesn’t work out, you can always drive only a short couple of miles to Dunqin Pier or Clogher beach.

Mount Brandon is one of the peaks you will want to capture, and when you step away from those particular vistas, you’ll be treated still to farmland which is lush and green in every direction. 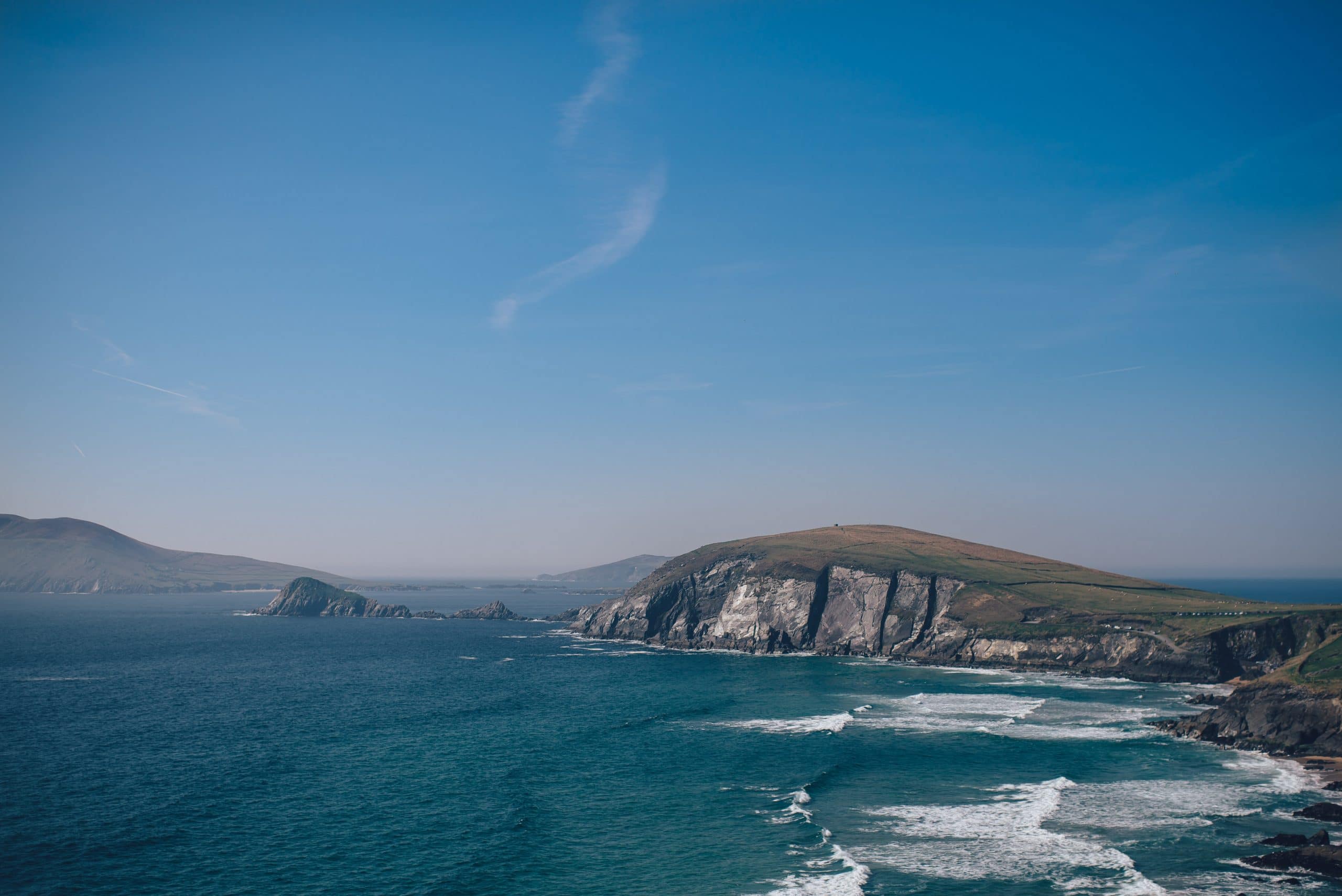 Halfway in Kerry and halfway in Cork, the Beara Peninsula is settled between Kenmare Bay and Bantry Bay. It has a rugged charm to its picturesque, rural landscape, filled with sheep and the rough stone walls built to separate farmers’ lands. Scenic seaside towns can be found here along with patchwork farmland.

There’s also Garinish Island to check out. It’s known as the Garden of Eden in Ireland, with a strangely subtropical climate and a rich ecosystem. Basking seals live here alongside ornamental gardens and lush wilderness.

The Mourne Mountains are one of the biggest highlights of County Down – and we mean that in a literal sense, too. The granite mountains sweep down towards the sea, occupying a cramped range which is perfect for capturing in your frame. The gale-force winds can cut through any protective clothing up there, but your results will be worth it.

Image by Greg Montani from Pixabay

Connemara is a place of such wild beauty and widespread renown that it cannot be left off any list. Oscar Wilde loved it here, and it’s easy to see why – the dramatic and savage landscapes are also romantic and gorgeous.

It’s known as the place to go to experience ‘authentic’ Ireland, so it’s perfect if you can only stop in one place for a holiday and want to get the full immersion. Desolate valleys like Delphi and Inagh are a great location to explore to get your own interesting shots of man huddled amongst nature. The whole place is littered with namesake Connemara ponies, making for wildlife compositions that serve to underscore the landscape.

No matter what level of hiker you are, there’s a mountain range in Connemara for you. The Twelve Bens include Diamond Hill, which is an easy trail for the inexperienced. If you want a bit more of a challenge, the Maamturks are waiting.

Move away from the coast and you will find plenty of bogs and lakes, which are fantastic for playing with reflections. Derryclare Lough is one example, with Pine Island stranded in the middle. The tall pines form an intriguing shape, all puffy upper branches and bare trunks, which reflects into the lake on a day when the light is good.

Coral Beach in Carraroe is another great spot. The name comes from lime which leeches out of seaweed, goes hard, and breaks off, leaving a shape not unlike coral. It’s popular for water sports thanks to the clear waters that allow a good line of sight to the seabed in the shallows. 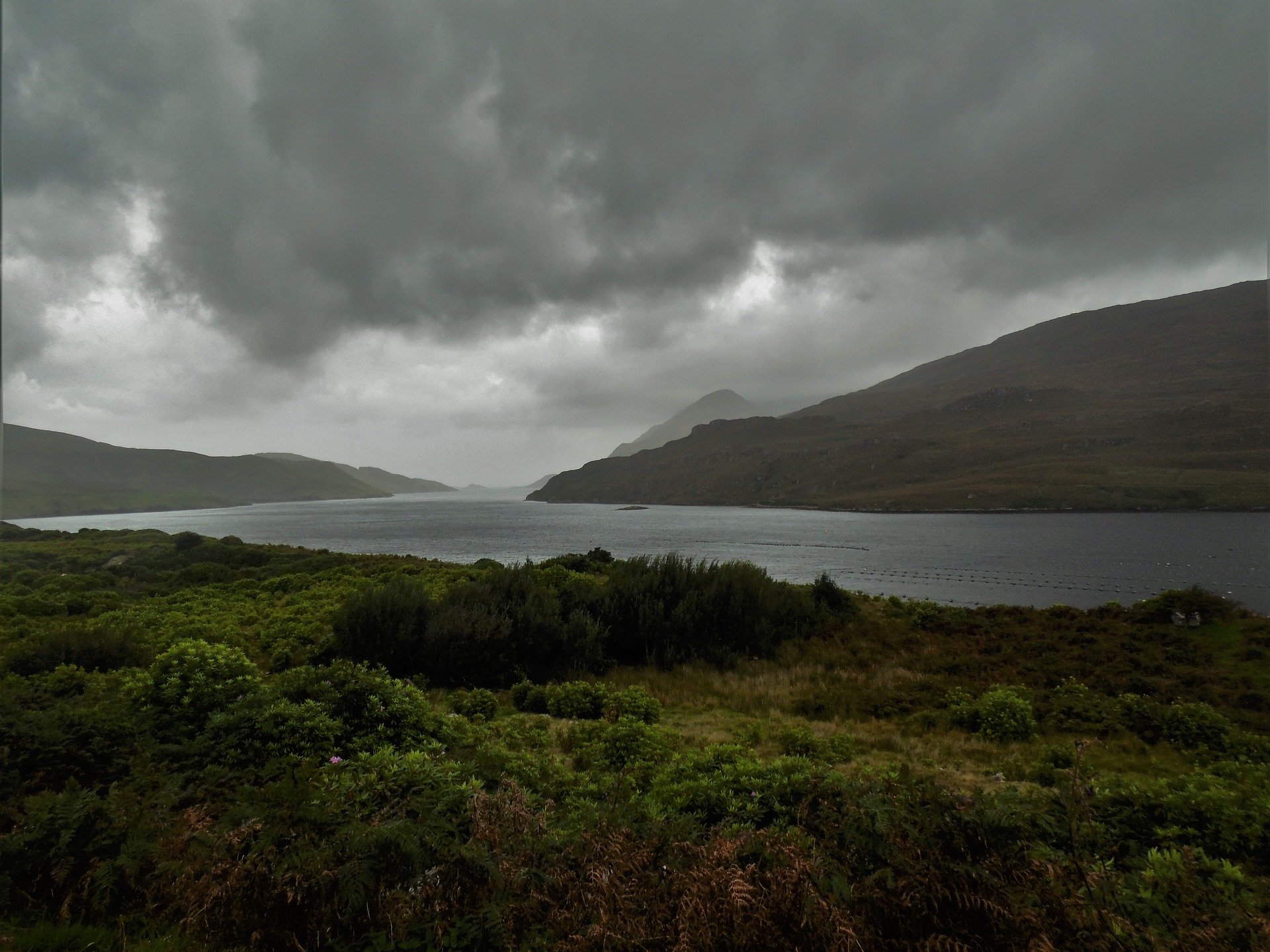 If you’re staying in County Clare, or a nearby city with good transport links, you won’t want to leave without having seen the Cliffs of Moher. These cliffs are completely iconic because of their stature – 700 feet – and their views. You can see right to Galway Bay and the far-off mountain ranges, as well as three islands. These are Inis Oirr, Inis Meain, and Inis Mor, the Arans.

Hit this area in time to set up and frame before the sunset for a really breath-taking shot. The light stretches over the sea in the distance, reflecting back from the waves, before bathing the cliffs in red, orange, and pink. It’s the kind of shot you will want to frame and put on a wall. 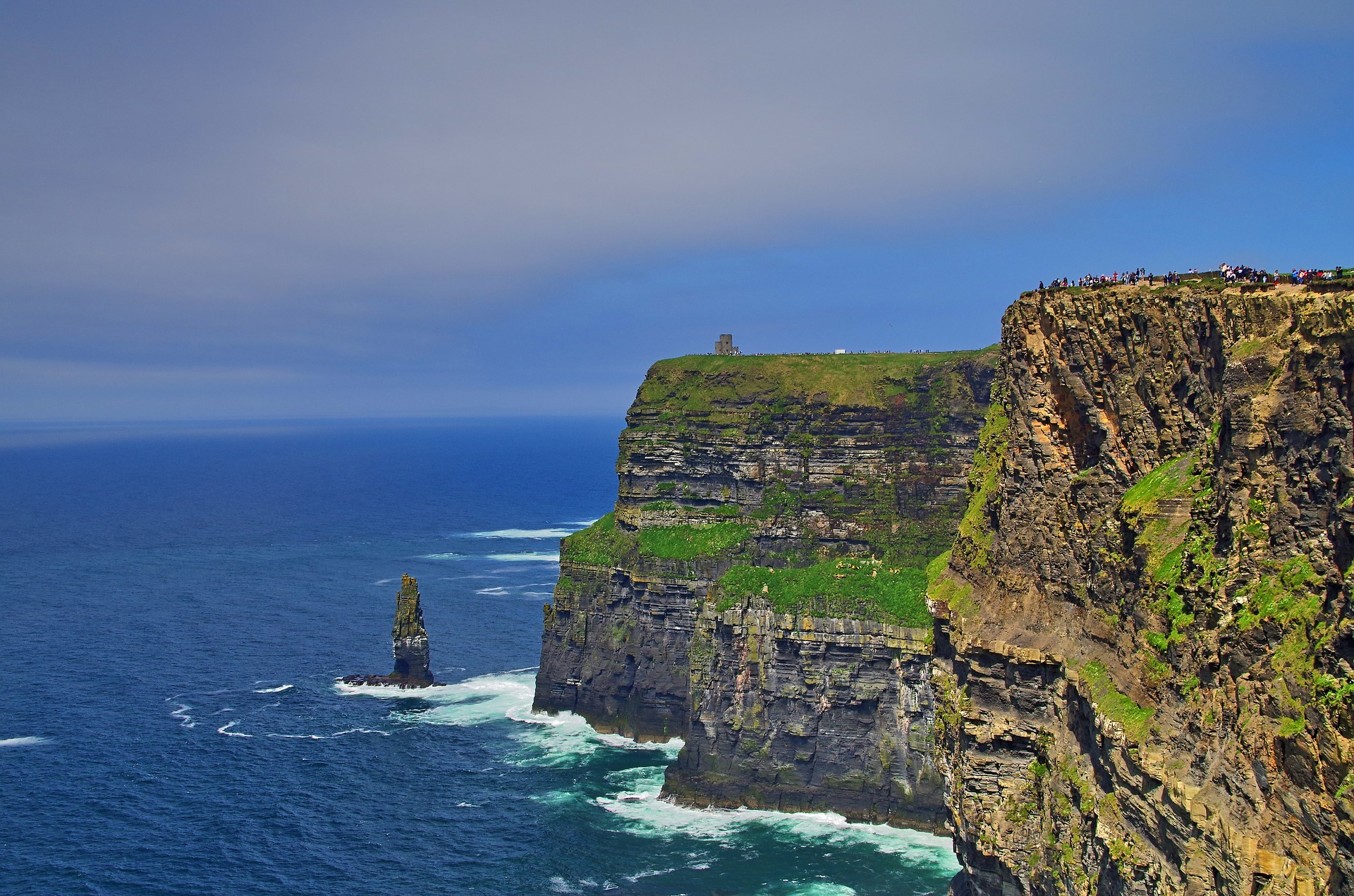 Glendalough is the ‘Valley of Two Lakes’, and it sits in a glacial valley right in the centre of the Wicklow Mountains. It was first settled in the sixth century by hermits who wanted the most isolation possible for their monastery. Now you can explore the medieval churches, some of which are the best preserved you could find from this time period.

Hiking and hill walking is big here, including St Kevin’s Way. This is an 18 mile, 30 kilometre path through the Wicklow Hills, where heather will form a gorgeous foreground to your compositions. 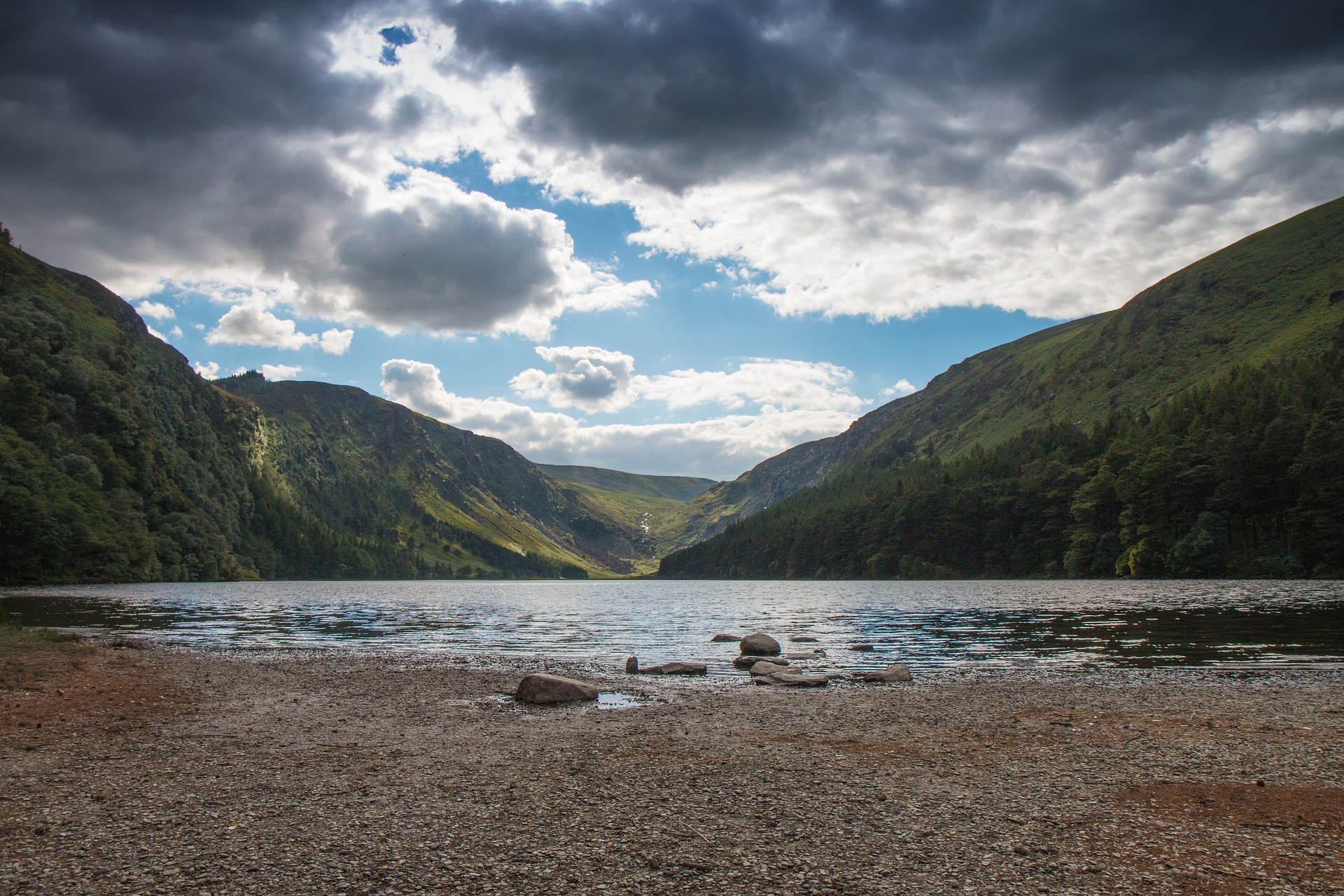 Achill Island is the largest island in the country (well, except for Ireland itself). It has colourful landscapes which have served as an inspiration for writers and artists through the centuries. Why? Oh, it’s only the unspoiled beaches, stunning mountains, breath-taking landscapes… need we go on?

You can reach the island via a bridge, so access is easy. Not only does it feature scenery that speaks for itself, but you can also find a 16th century tower house which was once home to a pirate queen. That’s a good addition to any shot, even if only for the story – and it won’t just be for the story! 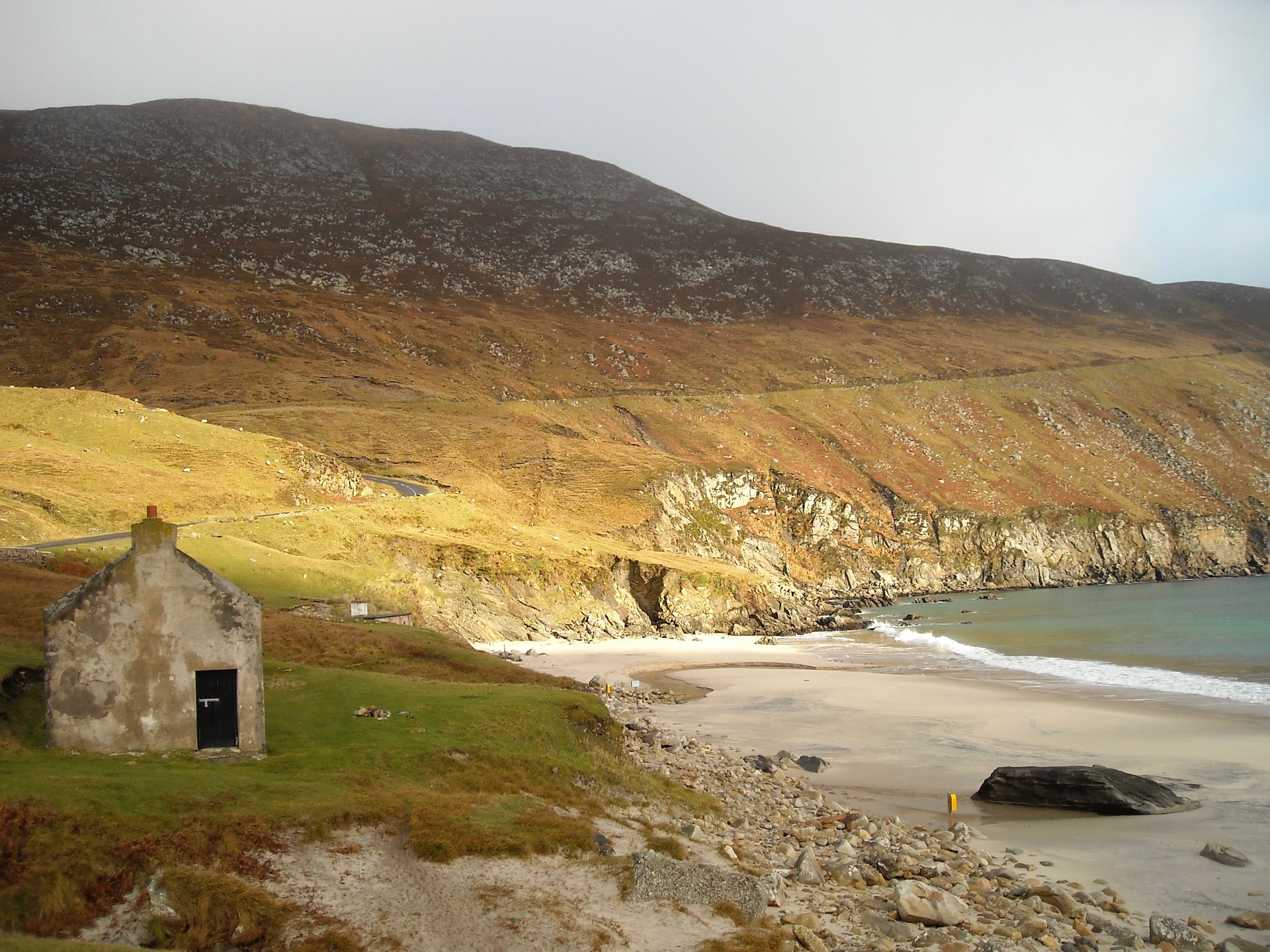 The Copper Coast Road stretches between Tramore and Dungarvan. Along the way, it passes through six small villages – but you won’t be interested in those when you have your viewfinder trained on the cliffs and the Comeragh Mountains. Sandy coves which are completely sheltered as well as caves that beg to be explored can also be found in this area. If you want to make a panoramic seascape, this is one of the best views you could possibly hope for.

The beaches themselves are often blue flags, like Bunmahon and Clonea. Not only is this a great drive for landscape shots, but for a road trip in general, with views you’ll not forget in a hurry.

There are plenty more places to explore across Ireland – and the more unique your choices are, the better your chances of getting a shot which will really stand out. 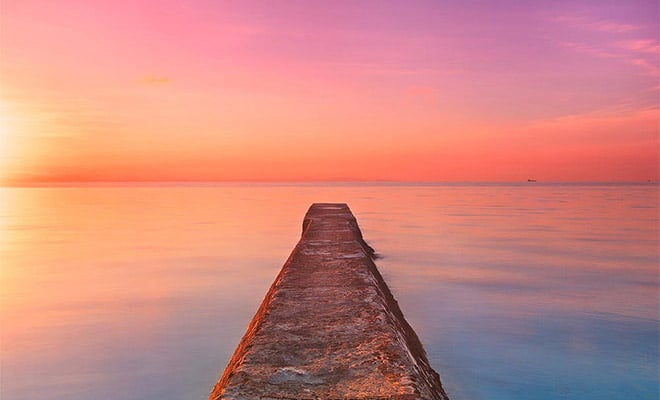 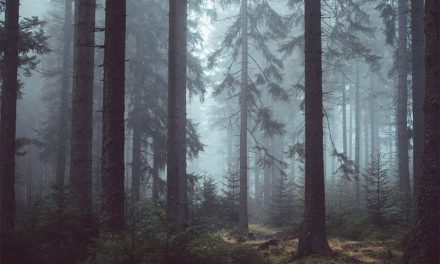 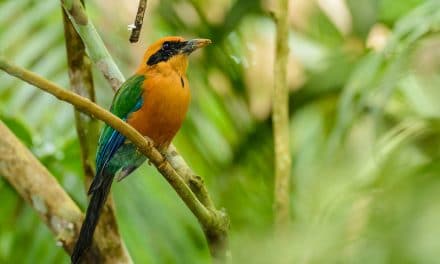 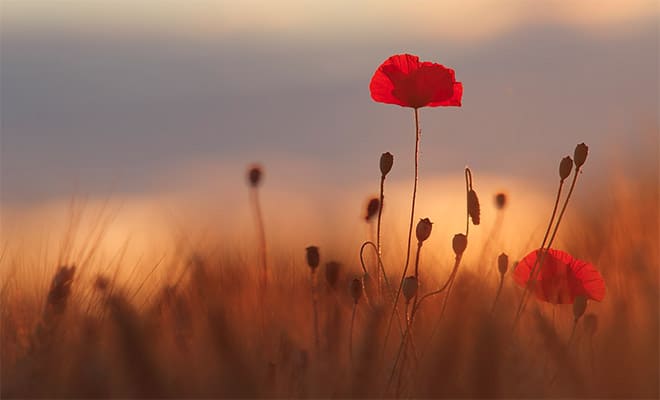